When All is Said - 27th February

Our last book, Hitchhiker's Guide, was enjoyed by most. It was a fun, unpredictable read.

Our next book is When All is Said by Anne Griffin. 'Through one man’s twilight-hour toasts to five people who defined his life, Griffin weaves a powerful and tender depiction of ordinary existence in all its flawed and quiet glory. Warm, compassionate and wryly funny, When All Is Said is an understated literary gem.' - Waterstones

The Hitchhikers Guide to the Galaxy - 23rd January

There was lots of varied opinion for our last book, Coal Black Morning. Everyone agreed it was well written, but many found the author's arrogance a bit much.Our next book is Hitchhikers Guide to the Galaxy by Douglas Adams"To read The Hitchhiker’s Guide to the Galaxy is to step into the garden shed of a maverick genius while he’s out, to discover what ideas he has left lying around." - GuardianOther pitched books:Putney - Sofka ZinovieffSpacekid Ilk - Andrew HammondThe Short and Tragic Life of Robert Peace - Jeff HobbsThe Song of Achilles - Madeline MillerLet it Snow - John Green, Maureen Johnson, Lauren MyracleShantaram - Gregory David RobertsKiss Kiss - Roald Dahl For our meetings, new members are always welcome. We meet in the upstairs room of the Rookery from 7pm which gives people time to eat and get drinks. Book chat starts at 7.30pm and pitches for the next month's book are afterwards.

Please join our Facebook page for the most up to date information, including our socials https://www.facebook.com/groups/claphambookclub/
Posted by Katy at 06:37 No comments: 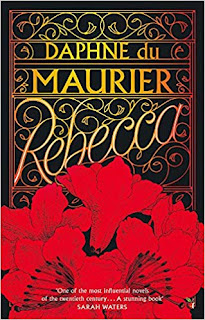 For our last book, Pigeon English, people felt it was a world that is hard to comprehend but those with experience of this type of community felt is was authentic and the situations were not as unusual as you'd hope. Many (but not all) warmed to the character's naivety and funny situations.

Our next book is Rebecca by Daphne Du Maurier
" Rebecca is a Gothic novel by English author Dame Daphne du Maurier. A best-seller, Rebecca sold 2.8 million copies between its publication in 1938 and 1965, and the book has never gone out of print." Wikipedia

We meet upstairs in the Rookery from 7 with official 'book chat' starting at 7:30.


New members always welcome.
Posted by Katy at 10:24 No comments: 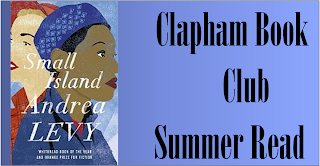 It's time for our summer read again! This is a longer book that we read over the summer and have a themed meeting for in addition to our regular meetings. Our meeting will be on Saturday 14th September at the Black Cultural Archives to see their Windrush exhibition (£3), after we'll be heading to a restaurant in the area - to be confirmed soon. Meeting will be roughly 11am, check back or join our Facebook page for exact time.

Our book this summer is Small Island by Andrea Levy

Synopsis: It is 1948, and England is recovering from a war. But at 21 Nevern Street, London, the conflict has only just begun. Queenie Bligh's neighbours do not approve when she agrees to take in Jamaican lodgers, but Queenie doesn't know when her husband will return, or if he will come back at all. What else can she do? Gilbert Joseph was one of the several thousand Jamaican men who joined the RAF to fight against Hitler. Returning to England as a civilian he finds himself treated very differently. It's desperation that makes him remember a wartime friendship with Queenie and knock at her door. Gilbert's wife Hortense, too, had longed to leave Jamaica and start a better life in England. But when she joins him she is shocked to find London shabby, decrepit, and far from the golden city of her dreams. Even Gilbert is not the man she thought he was.

Our next book is Pigeon English by Stephen Kelman"Stephen Kelman's [first novel] has a powerful story, a pacy plot and engaging characters. It paints a vivid portrait with honesty, sympathy and wit, of a much neglected milieu, and it addresses urgent social questions. It is horrifying, tender and funny ... Brilliant " -Daily Telegraph Other pitched books:1984 - George OrwellBeyond all Reasonable Doubt - Malin PerssonThe Glass Castle - Jeanette WalkCelestial Bodies - Jokha AlharthiTransription - Kate AtkinsonThe Water Cure - Sophie MackintoshWild - Cheryl Strayed
Posted by Katy at 07:17 No comments: 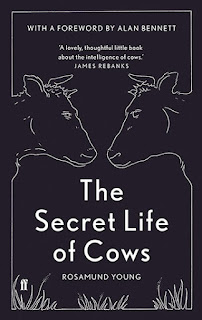 Our last book was The Seven Deaths of Evelyn Hardcastle (follow our facebook group for most up to date info on meetings), which was probably our most popular read yet.

Next book is The Secret Life of Cows by Rosamund Young, a book about what cows get up to on a farm and their different personalities.

Other pitched books
1984 - George Orwell
Long Way Down - Jason Reynold
Tangerine - Christie ...
Alys, Always - Harriet Lane
As always, we'll be in the upstairs room of the Rookery in Clapham from 7pm but official book chat is at 7.30. After 8pm we'll have our pitches, where anyone can pitch a suggestion for our next read that we all vote on.

10th January - This is Going to Hurt 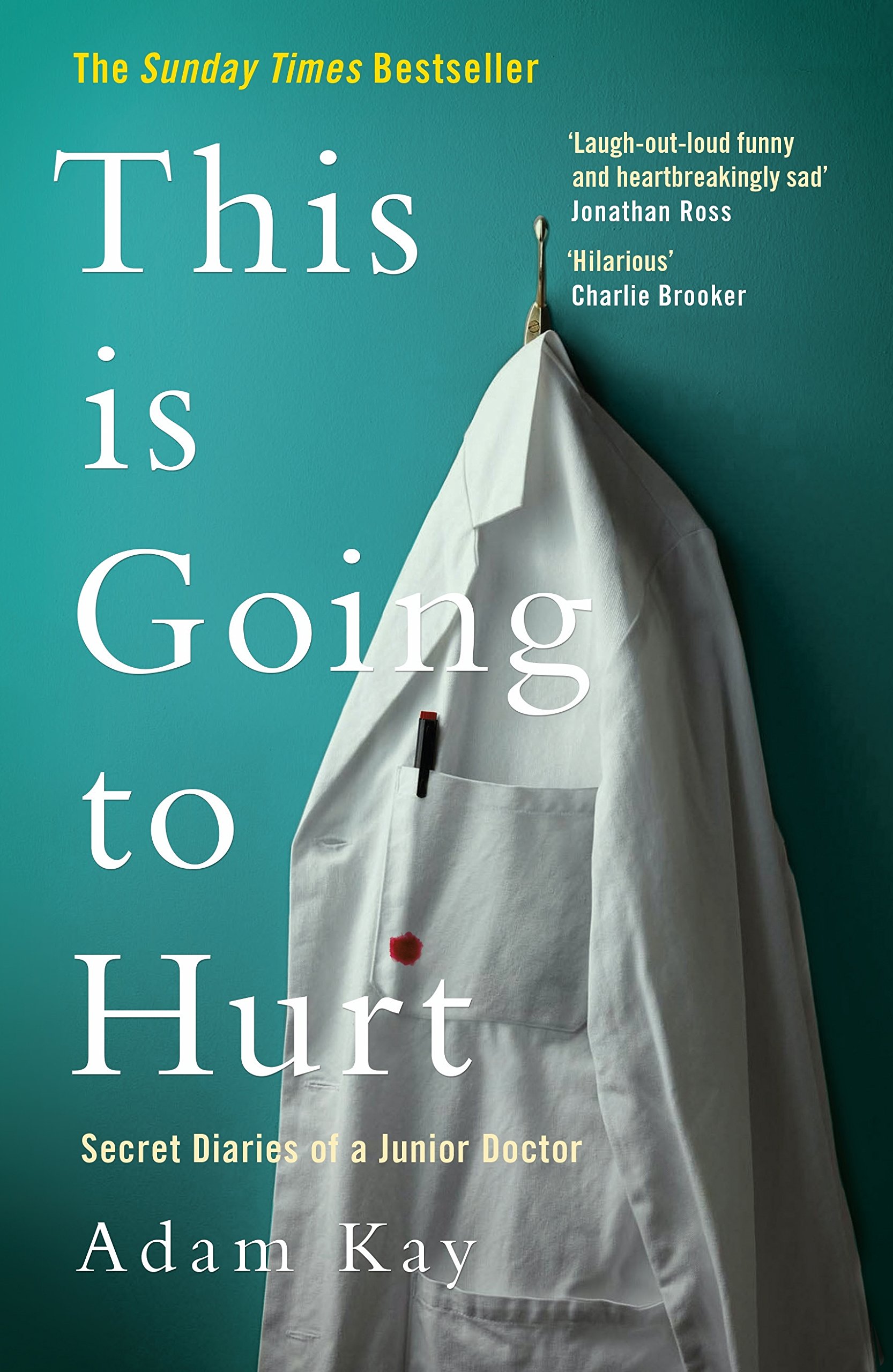 The Clapham Book Club meets monthly at the Rookery, 7pm, where we eat, drink and talk about the book. New people welcome! Check our our facebook page for more information https://www.facebook.com/groups/claphambookclub/

Our next book is This is Going to Hurt by Adam Kay, 'Painfully funny. The pain and the funniness somehow add up to something entirely good, entirely noble and entirely loveable.' - Stephen Fry

Get updates via email

We are the Clapham Book Club - we meet once a month in a pub, vote on what to read and talk about books in a laid back style.
Our facebook page is the best place to go for updates.